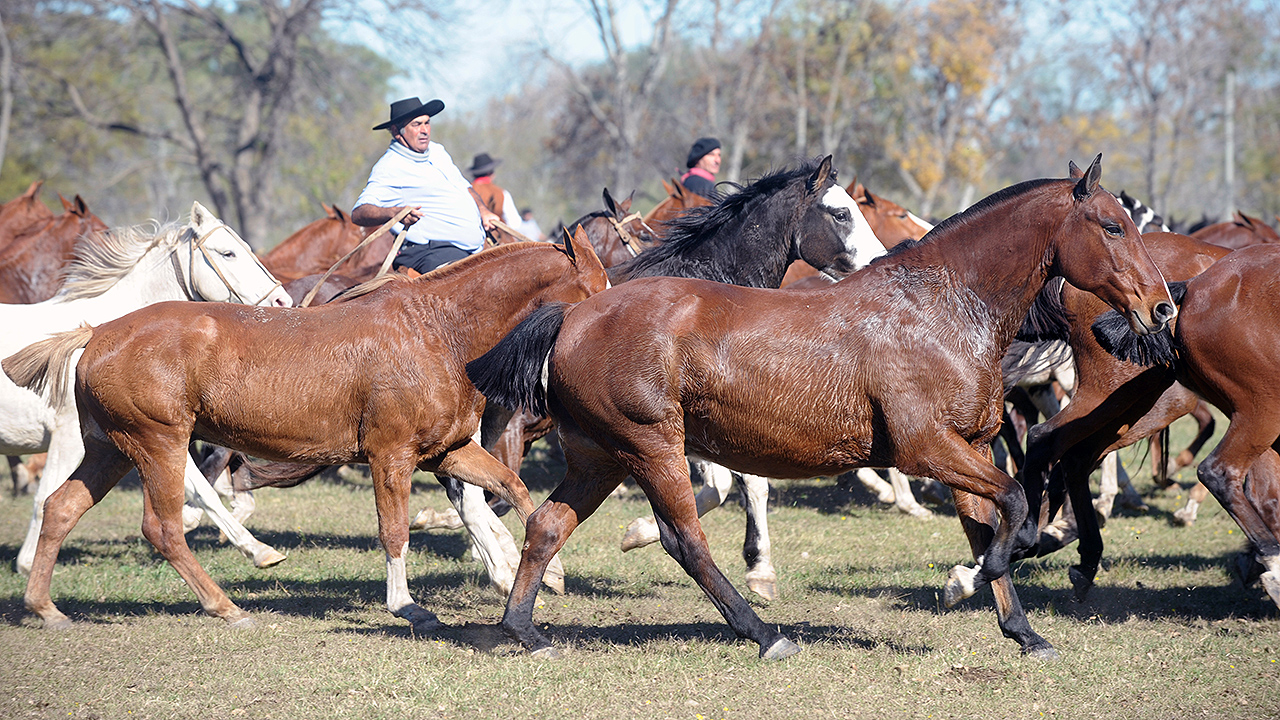 It’s impossible to travel through Argentina without admiring the Criollo horse. Even to this day, he is the gauchos’ inseparable companion.

The Criollo is the most widespread horse in South America. It’s descended from the first horses brought by Spanish conquerors in the 16th century, which were a mix of the Barb, Andalusian and Sorraia breeds. The word Criollo (creole in Spanish) means, in Argentina as in the rest of the continent, of Iberian origin.

Pedro de Mendoza introduced the first horses in the Pampas in 1536 when he founded the city of Buenos Aires, but under pressure from the natives he was forced to leave shortly after. Left to themselves for four centuries, the horses returned to the wild and adapted remarkably to their new environment. Through natural selection they became more rugged and resistant. Gradually, Indians and Gauchos adopted them for transportation, hunting or working with cattle.

While the Argentinian Criollo is the most well known, there are several variants throughout South America such as the Crioulo in Brazil, or the Costeno and Morochuco in Peru. Still, the breed remains relatively unknown in the rest of the world, although it has started to appear in some European equestrian centers. It must be noted that it has numerous virtues: calm, robust, energetic and agile, it is also famous for its endurance and longevity.

Perhaps you know the story of Mancha and Gato? Two Criollo horses that, in 1925, made it possible for the Swiss horse rider, Aimé Félix, to travel from Buenos Aires to New York (over 15,000 km!) in just two and a half years. Aimé’s objective was to prove the superiority of the Argentinian Criollo horse – and so he did! Repatriated in their Estancia after this adventure, Mancha and Gato died many years later at the respective ages of 36 and 40.

Nevertheless, several threats almost lead to the extinction of the Criollo. At the beginning of the 20th century, new breeds were introduced into the country (Thoroughbreds, Percherons, British horses, etc), and were soon crossed with the Criollo in order to develop a bigger and stronger horse. The breed was finally preserved thanks to the association of several breeders who fought for its preservation, as well as the creation of the Stud book in 1918, a book that defined the different horse pedigrees around the world.

In 1928, the ACCC (Asociacion de Criadores de Caballos Criollos) described the Criollo horse as follows: “He is a saddle horse, balanced and harmonious; muscular and with a strong constitution and a low center of gravity. He is sure-footed and wild in character, quick and agile in his movements. Active, energetic and docile, the Criollo is characterized by his hardiness, longevity, fertility, resilience, fearlessness, capacity for recovery, and cattle working skills “.

According to the ACCC, the ideal size is 1.44 meters, although it can fluctuate between 1.38 and 1.5 meters. Criollo horses often have zebra markings on their legs and a dorsal stripe typical of primitive breeds. They come in all colors!

Here is a panel showing the great diversity of Criollo coat colors:

The Festival of Tradition, a Gaucho Festival for Gauchos

The Festival of Tradition, a Gaucho Festival for Gauchos

The first Gauchos of Argentina
?>